Oasis of Hope is an independent organization aiming at providing education to poor and orphaned children at Mbita in Kenya.

This we do by giving the pupils at the Oasis of Hope school food, care and tuition daily.  The school is situated in an area heavily marked by HIV/Aids.  Many children here are partly or totally orphaned, and they grow up in great poverty.  To go to school with food in their tummies is no matter of course.  Nor is it a matter of course that they get luncheon at home.  This means that some children spend a whole schoolday on an empty stomach.  We know that this affects the value of learning and many of the children have to leave the school.  Without schooling many will run away to bigger cities in order to get a job, often resulting in drug addiction and prostitution.  Two daily meals at school is therefore of utmost importance in order to enable them to complete their schooling.

Oasis of Hope was founded in December 2013.  I, Anne Kristi, have visited Kenya several times and have great feelings for this country and its people.  Duiring my first visit to the country I met a Kenyan, Charles and his family.  For many years we busied ourselves with the idea of starting a project together.  Charles and their family then lived at Mbita, daily experiencing the need at their doorstep.  Hellen and Charles have for many years had a desire to help those needing it most.  Quite a few years ago they wished to start an orphanage, but had to give up their dream due to lack of financial foundation.  Instead they adopted four children for whom they have been responsible for many years.  They themselves have six children of their own. 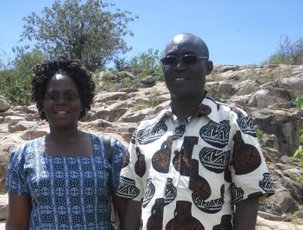 In February 2013 I went to Mbita to look into the possibility of implementing something that might  improve the life of some humans a little.  I was then introduced to a primary school with 82 children, all of them from very poor circumstances, and many of them were orphans.  It was here we found that we might make a difference, and when I heard that the school was looking for a possibility to start a „feeding programme“ for the pupils our minds were made up.  Following this much has happened, and in January 2017 we could move into a new preliminary school building on own site at Mbita.  The present school building is made of corrugated iron, but taking the longer view we shall build a permanent brick building.  A permanent kitchen house has already been completed and here two daily meals are made for more than 200 pupils.

In addition to food for the pupils we also contribute with some teachers‘ wages, various duties, books and once-for-all investments like desks, water tanks and other teaching equipment.

The means we collect here are transferred  every month to an account in Kenya, which is managed by our collaborators there.  Our aim is to put 100% of the money we collect directly into the project where food for the pupils is the most important issue.

Although public elementary schools are supposed to be free in Kenya, school uniforms, exam fees, books and other material have to be paid for.  Many people cannot meet these expenses and the children have to leave school.

Here the Oasis of Hope at Mbita becomes an oasis and the solution to schooling itself.  The children are admitted without school unforms and they pay school fees as they can afford.  This gives them hope for the future.

As per January 2019 we have around 230 pupils at the school.  Our pupils do very well in national tests, and the school is considered to be one of Mbita’s best.

As per January 2019 15 persons are working at the Oasis of Hope school at Mbita, 13 teacherts and 2 cooks as well as one volonteer.  We pay them some wages.  They also get some wages from what little school fees the pupils can afford.  This is, however, much less than what they  could get by working in an ordinary public school.  In spite of this they choose to remain at our school,  realizing the importance of giving also these children schooling.  Perhaps, some time in the future, we shall be able to pay them decent wages? 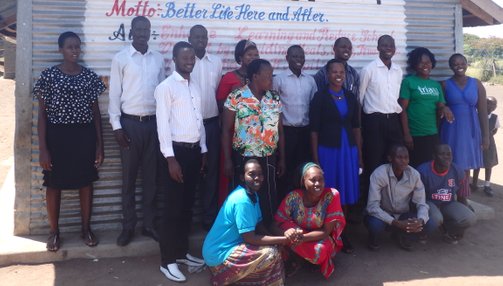 Board of Directors in Norway

The board in Norway consists of seven members.

Board of Directors in Kenya

The board  consists of five persons.  They have regular meetings, discussing the operation of the school, the well-being of employees and pupils and planning and implementation of arrangements at the school, such as Graduation once a year.  They are also in contact with the pupils’ superiors.  This is unpaid work, which is important for us.  The members of this board are doing this because they wish to support the school and not to make profit from it.  The board is in daily contact with the school. 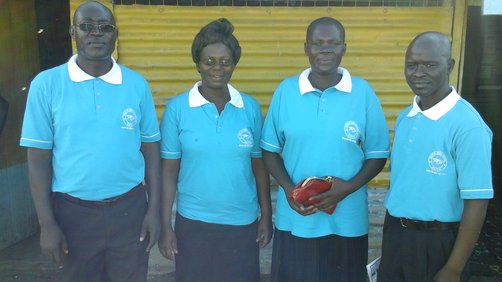 We are grateful for all support.